HIIT workouts, short for high-intensity interval training, has gotten a lot of press lately. That’s because it not only jumpstarts your metabolism for a full day, it protects your organs and oxygenates your blood, and can burn more calories in a single session than an equivalent amount of jogging on the treadmill or working the stationary bike.

The Scientific Argument Behind HIIT Workouts

So what’s the big deal, then? Isn’t all exercise good exercise? Well, yes and no. While steady-state cardio can be beneficial to the heart, lungs, blood vessels, muscles, your brain and other organs, it also brings some serious drawbacks, which HIIT goes a long way toward fixing. Let’s take a look at the science-y side of this trend, take a close look at its benefits and look at ways to integrate it safely into your life.

While basically all types of exercise are better than nothing, there are definitely better and worse ways to work up a sweat. Says the New York Times, “Researchers have found that repeatedly pushing the body close to its exercise limits for very brief periods, interspersed with periods of rest, is more effective than continuous moderate activity at improving cardiovascular, respiratory, metabolic and mechanical functions.”

In other words, going hard for less time is better for your heart, lungs and metabolism as well as your muscles and joints. Woot woot!

In addition to just feeling great, HIIT workouts do a lot for your body. It forces expansion of blood vessels, making them more efficient at carrying oxygen both while working out and later. It tends to result in significantly fewer injuries (think runner’s knee or shin splints) than steady-state cardio. Also, it’s perfect for people who have been warned away from regular cardio, such as those suffering from heart disease, diabetes or stroke.

Nothing pisses knees and ankles off like suddenly sprinting all over town. Remember a few years back, when a lot of people got injured because they just threw on barefoot running shoes out of the blue? Yeah, I remember that too. Don’t let that happen to you. Instead, work HIIT into your routine slowly. Start with a 10-minute routine once a week, where you sprint for thirty seconds then rest for a minute and a half. You can slowly work your way up over time, listening to your body. Pay especial attention to joints and lungs, which will tell you whether you’re overdoing it or can ramp up further.

So now you know:

When it comes to cardio, HIIT is the way to go, at least some of the time. It’s not a bad idea to intersperse some relaxing steady-state cardio into your workout routine, especially when you’re first starting a new regimen. But stepping up your game on the track or at the gym is a good idea for both body and mind. 5 Quick Wins to Change Your Body Why Sprint 8 is a Game Changer for your Fitness 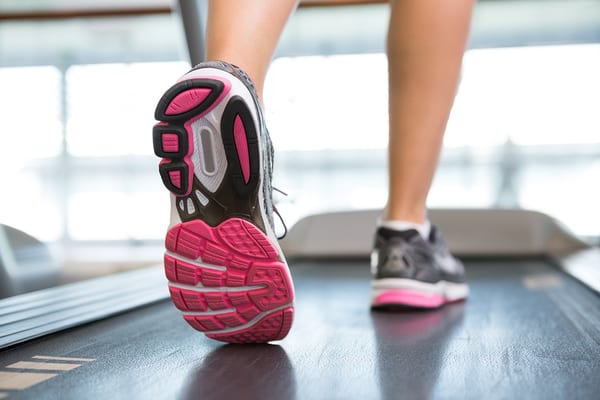 Groove Your Way to Fit: Dance Workouts That Rock Your Body

Previous: 5 Workout Tips for Beginners
View all
Next: Why Rest Days Are Crucial for Your Fitness Routine