2017 was not the year of the carb. In fact, these micronutrients have been vastly vilified in recent years, with many people attempting to cut them out completely in an attempt to reach their weight loss goals.

However, all carbs aren’t created equal. In fact, the body needs some carbs to function properly — particularly when it comes to brain and muscle function. So how do you know which carbs to consume and which to steer clear of? Read on for a roundup of five fiber-rich, nutrition-dense complex carbs that are actually good for you.

Oatmeal is loaded with soluble fiber, which means it dissolves in water to form a viscous liquid in the digestive tract. This can help do everything from promote feelings of satiety to lowering cholesterol to stabilize blood sugar levels. Says assistant professor of internal medicine Kristen Hairston, M.D. of research pointing to the benefits of soluble fiber for reducing dangerous visceral fat: “We know that a higher rate of visceral fat is associated with high blood pressure, diabetes and fatty liver disease. Our study found that making a few simple changes can have a big health impact.”

Yes, a single sweet potato has approximately 27 grams of carbs. But this doesn’t make them public enemy number one. Quite the opposite, in fact. As nutritionist Laura Flores told LiveScience: “Sweet potatoes are high in vitamin A, vitamin B5, B6, thiamin, niacin, riboflavin, and, due to their orange color, are high in carotenoids.” Additionally, research shows that their ability to increase adiponectin levels in the body helps boost the metabolism by regulating blood sugar.

If that isn’t enough reason to get slicing, dicing, and mashing, sweet potatoes are also fat-free, low in sodium, and have fewer calories than white potatoes. Plus, their natural sweetness makes them a delicious defense when sugar cravings strike.

Green peas often find themselves on the no-no list for carb-counting dieters because they’ve got more carbs and sugar than their non-starch vegetable counterparts. However, there are plenty of reasons to eat green peas — starting with their high fiber content and continuing with the fact that they’re packed with anti-inflammatory and antioxidant phytonutrients.

Described by WebMD as a “vitamin powerhouse,” green peas have also been linked with a reduced risk of stomach cancer.

Because bananas are higher in carbs than most other fruits, they’re often one of the first foods to go on low carb diets. However, in banishing the banana, you may be slipping up when it comes to nutrition.

Says Shape of the many body-boosting benefits of eating bananas: “While it’s true that bananas do pack more carbs per bite than other fruits (because they’re lower in water content), there’s no need to shun them, even if you’re trying to lose weight. Bananas are a rich source of potassium, an essential nutrient in the body which, in addition to reducing blood pressure, helps support muscle maintenance and acts as a natural diuretic that alleviates water retention and bloating. The high levels of vitamin B6 in bananas also helps maintain healthy blood sugar levels and is vital for the production of feel-good neurotransmitters like serotonin and norepinephrine. Bananas are also packed with fiber, which boosts satiety and improves digestive health.”

Looking for a grab-and-go snack to help you refuel after an intense workout? Look no further than the banana.

If the mere mention of the dreaded “b” word (AKA “bread”) makes you cringe, you may want to rethink your stance, at least when it comes to Ezekiel Bread. Made from sprouted whole grains, sugar-free, and full of protein, fiber, and absorbable vitamins and minerals, this delicious bread is both hearty and healthy.  In other words,  you don’t have to give up that sandwich, after all. Just stock up on Ezekiel Bread instead.

The overall takeaway is that while carb-cutting may be the latest trend to sweep the country, the fact is that complex carbs like the five listed here and many others not only get a bad rap, but can actually help you reach your fitness and weight loss goals.

Eating right is only one half of the weight loss equation. The other half? Exercise. To find out how Brick Bodies can help you get moving, sign up for a trial pass today. 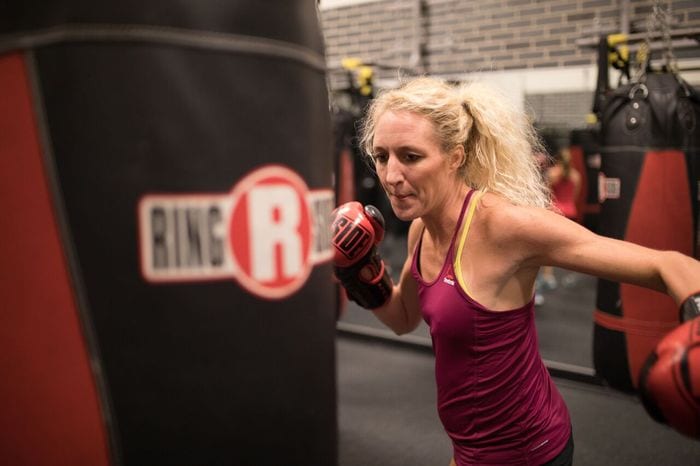 Exercise, Nutrition, and Mindfulness: The Trifecta of Whole Body Health Want to Lose Weight? H2Run It Off! How Much Water Should You Drink When You Exercise?

Previous: 7 Benefits of the Best Barre Workouts
View all
Next: Should You Eat Differently on the Days You Exercise?