“Do Something,” Encourages Baltimore Gym Member. “Then Do Some More…”

May is National Physical Fitness Month. Doesn’t that just make you want to get out there and sweat? Well, I have prepared myself for this May challenge by not getting to the gym since the end of March… and, sadly, it looks like it will be even longer before I get back. Injury? No. Lack of “want-to”? No. Grandchildren? You betcha.

I don’t remember my own child taking so much time. Maybe it was because her grandparents spent as much time with her as we are with our grandkids. It’s tiring, physically demanding, and also impossible to do anything else that is as satisfying. But getting to the gym has become only a wish to be fulfilled at some later, unspecified date. However, my excuses for not being able to find the time are not stopping others in my family from benefitting from regular exercise.

Gwaltney, the kid’s mother (and our progeny), has been getting ready to run another marathon after a five-year break and some health problems. She not only runs around Monkton but also takes fitness classes at the Padonia club. Currently, she has lost about 25 pounds and more than a few percentage points in body fat.

So what if you can’t do as much as you wish you could, as the marketing gurus at Nike say, “Just Do It.”

Mrs. Commish, my wife, never really enjoyed the more active classes that Brick Bodies offers but she discovered that taking similar classes in the therapy pool “fit her like a tee.” After maybe 18 months, she has dropped an amazing amount of weight (almost 50 pounds!), and her diabetes readings are remarkably consistent and, as of now, she has been able to avoid insulin shots.

As for myself, I finished several sessions for golfers through the end of March as I attempted to get ready for the upcoming season. I lost a few pounds and even discovered where I had misplaced some of my former flexibility. Now, as I do my “Honey-Do’s” on the weekends, I try to incorporate some of the things I learned to maintain as much of what I gained as possible. For instance, when I carry something, instead of doing it in a way that engaged only the biceps, I try to bear the weight evenly in a “deadweight” manner that improves posture as it also strengthens muscles in the lower back. Hey, I know it ain’t much, but I do what I can.

Now the takeaway from all of this is simple…

May is National Physical Fitness Month. Do something. Then in June, do some more. So what if you can’t do as much as you wish you could, as the marketing gurus at Nike say, “Just Do It.” Even if you don’t reach your goals, you never know who you might influence. Neither my wife nor daughter would have become club members if I hadn’t done so first. Just that has made whatever efforts I expend worth it to me. 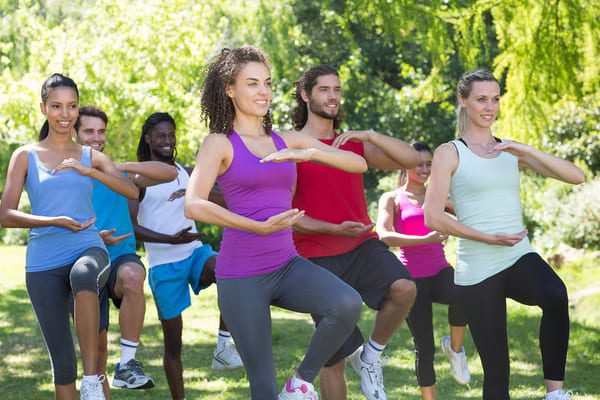 Previous: Say “Yes” to Burpees- Trust Us, It’s Worth It
View all
Next: How to Build Your Body with Yoga