Pat Flynn is an author, fitness minimalist, and 7th-degree black belt in hanging out as well as a business coach. We recently spoke with Pat about his “less is more” approach to working out, and how people can get the most out of their fitness regimens and the places where they work out.

Tell us a little about yourself. Why did you decide to start Chronicles of Strength?

I started my blog in college as a way to gain an audience for myself. It wasn’t narcissistic or anything; I just wanted everyone to stop what they were doing and pay attention to me. (Like that’s so much to ask.) But I realized the only way I could get people to visit my site was by actually being helpful. So I quickly came to conclude that if I was going to make any kind of impact, I had to craft a message that would resonate with people and empower them. And after some fidgeting around – along with a long, arduous struggle of not knowing what it was that made me unique – I arrived at minimalism. People seemed to like “Less is more” – especially with fitness.

I’m also a “fitness try hard.” That’s one of those terms which gets tossed around a lot in video games. You call someone a “try hard” when maybe they’re taking the game just a little too seriously. I see fitness the same way: something to be taken seriously.

In an age where we’re seeing more science and technology in the fitness industry, you’ve embraced a minimalist approach of working out. Why is that?

I believe in the basics. “Stretch what’s tight. Strengthen what’s weak.” Eat lightly and lift a lot of weight.

I think the more distractions there are pulling us away from the fundamental work we need to do in order to improve ourselves, the longer it takes to get anywhere. People sometimes need to be reminded of this, because what’s true and right often gets trapped and suffocated under all the fads and trends, gimmicks, hype, ab belts, and shake weights.

Science is great. Love science. Can’t get enough of science. Science isn’t the problem, I don’t think. But technology – well, that can be distracting.

Plus, we know we don’t need anything technologically from outer space in order to be strong and in shape. We know this because fit people existed before there was even chicken on a stick. Technology can sometimes make the process more entertaining or convenient – or perhaps even get some people interested – but is by no means indispensable. So I try to be simple and straightforward. I want to make programs for people that are absolutely crystal clear – here’s your goal, and here’s what we need to do in order to get there.

Some people describe the Crossfit training program as “minimalist.” Do you agree with that characterization? Do you have any thoughts or opinions on Crossfit in general?

Minimalism is a term malleable to the goal. Depending on the outcome you want to achieve, the minimalist approach may well mean a lot of work, and often it does. But generally, I would say Crossfit isn’t particularly minimalist. Most of the time, I would say Crossfit routines are unnecessarily risky and slapped together without a whole lot of thought behind them. But again, what is the goal? If you want to compete in Crossfit, OK. But if you just want to be fit – generally physically prepared, as they say – you could take a much more refined approach. It doesn’t have to be so chaotic.

But I will say this: Crossfit does community better than anybody. And that isn’t something you can just write off. People need positive environments.

Do you take the same minimalist approach when it comes to nutrition and diet? What is your philosophy in these areas?

I am pretty heavily into fasting, among other things. I’m even one of those oddballs who thinks being hungry isn’t the end of the world and that anybody promoting a diet that won’t make you hungry doesn’t know what in the hell they are talking about. I like restriction, actually. That to me is minimalism.

When you observe people trying to work out or get into shape, what are some of the main things they are doing wrong?

Expectations are everything. And almost everyone’s expectations aren’t set up properly. You can’t lose 50lbs in two months without letting go of something. You can’t have your cake and eat it, too. Fitness is about managing compromises. And so what you get often comes directly from what you’re willing to give up: calories, and the couch.

For someone who is searching for a fitness center where they can work out, what are some qualities they should look for?

Convenience. Because If you’re getting started and your gym is forty minutes away, you’re just not going to go. So find a gym that’s five minutes away, even if it doesn’t have all the amenities. Because there are already going to be enough hard decisions for you to make along the way to better health, so why add inconvenience on top of it? Put success in your way. Find a gym that doesn’t take long to get to.

If someone is working with a personal trainer, how important (or not) is it for that trainer to have a relationship or affiliation with the fitness center where the workouts take place?

It depends on the person and place. Some fitness centers, for example, have terrible, awful, raggedy-ass programs they force trainers to use with people who come in. So, in that respect, I would like to see the trainer have his or her autonomy. After all, training should be personalized, at least when working with a personal trainer. That’s kinda the point.

In another sense, you want the trainer to be passionate about the place where they work. It’s easy for trainers to become jaded or disinterested in their profession because they don’t have a mutually-beneficial working relationship with their employer. This resentment gets passed on into the work they do with people. And that sucks for everyone.

What do you foresee for the future of fitness training? Will there be any major changes?

I expect to see “same, but different.” In other words: trends, always coming, always going, some useful, others not. But unless everybody suddenly steers into enlightenment, I don’t expect any kind of fitness revolution happening soon. And that’s OK. I’ll just keep doing what I can. 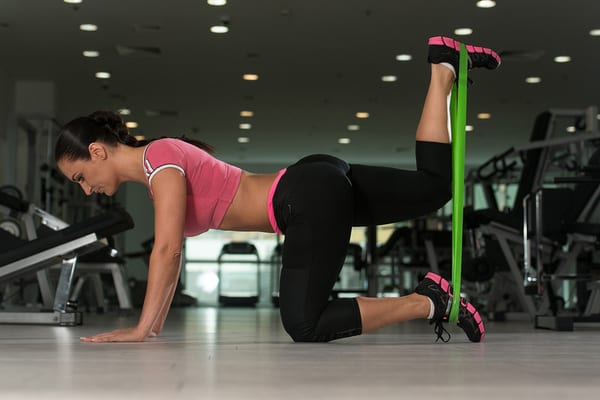 Previous: Member Blog – Where Has the Summer Gone?
View all
Next: Should You Continue Fitness Training When You Have an Injury?